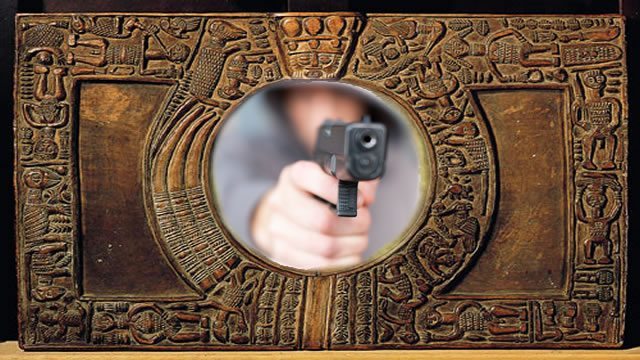 We Must Respect And Preserve Human Life

Is human life important? If we are to honestly answer this question, then we must take a moment to ponder on other related matters. The first that comes to mind is why do we procreate? Why do we have the ability to create another human life?

If we did not need to procreate, why do women have the ability to conceive a child? Why would we need a woman at all. Why could we have just evolve into a species that has the ability to self reproduce without the need for a second gender?

I have my own answers about these questions, and it is not my agenda to influence you in any way, but to get you to ponder over these questions as they relate to the topic of this article; why we must respect and preserve human life.As a Babalawo, I can tell you without hesitation that we are first and foremost spirits which are experiencing a physical reality.

An excerpt of the holly Odu Otura Wonrin reads “…the place from which the people of earth come is where they are returning.”

This begs to ask why do we need to experience a physical reality?

Without going into a biological discourse, it is fair to accept that without a body a spirit would have a difficult time knowing what love is. Any person who has studied biology can tell you that without certain organs we could not interpret what love, anger, hate, jealousy, happiness, anguish, sadness or pain, to mention a few, is. We need a certain organ to produce a certain chemical which  our brain can interpret into those feelings.

Without the physical body, knowledge of these feelings would be similar to knowing about another culture simply because you read about it in National Geographic. Its just not the same as having experienced it first hand.

Therefore; the preservation of human life is of great importance. In the Odu Ogunda’Bara (Ogunda Obara Ifa says:

“Tumultuous is the place of dancing.
Turbulent is the place of battle.
This was the teaching of Ifa for Ogun
When he was going to engage Obara in battle.
They said that Ogun would do well,
But that Ogun should practice sacrifice
So that Obara might not he killed in the struggle.
He heard and sacrificed.
They said that a bird should not fight another bird to the death.
And a basket of dry leaves is not heavy enough,
That its contents should kill someone.

And it notes that both places are rowdy or tumultuous and turbulent. The intention seems to be to suggest that things are likely to get out of hand in both contexts but that the person of character must hold to principle in both places.

This is an important juxtaposition, because dancing is seen as more joyful and less serious than war, not a life and death matter. Thus, to place the site of dancing alongside the site of battle tends to suggest that claiming exoneration from extreme offenses because the situation got out of hand is no more justifiable on the battlefield than it is on the dance floor.

The teaching is for Ogun, the divinity of war, iron and the human hardness and moral roughness. He is advised, concerning his battle with Obara, to sacrifice so that Obara might not be killed in the struggle.

We know that, a warrior makes war, a soldier does battle and they are trained to kill. But Ifa here tells the embodiment of the warrior, the divinity of war, to expect victory, do well in the struggle, but do not kill.

He is asked to sacrifice so that Obara might not be killed in the struggle. As a Babalawo I interpret this as a challenge to sacrifice self (Ego/Ori Inu), not to give up one’s life and lose the battle, but to sacrifice one’s will to kill and cultivate the will to win without killing, to defeat without destroying.

This Odu in general recognizes the constant need to struggle against opponents of varying degrees of opposition and evil. But what it says here is that humans should always fight in ways that show adequate respect for human life, beginning with each other.

The analogy used here is that a bird should not fight another bird to the death. Furthermore, the Odu suggests that weighed against the heavy value of preserving human life, other issues are as light as a basket of dry leaves. And as the Odu says, “a basket of dry leaves is not heavy enough that its content should kill someone.”

Chief Awodele Ifayemi comes from a long lineage of Traditional Ifa Babalawos. He is the Atunwase Awo of Ilobu land, Osun State, Nigeria. Chief Awodele Ifayemi is an Oloye and member of the Ifatoogun house of prestigious Babalawos. He is also a recognized member in good standing of the Ilobu Council Of Ifa Practitioners of Ilobu, Osun State, Nigeria. A published author and the publisher of the sites Ileifa.org, and OmoAwo Academy

This site uses Akismet to reduce spam. Learn how your comment data is processed.

Be the first to get the latest updates and exclusive content straight to your email inbox.

If you want to know

What To Expect From The Coming Week?

How To Prepare For Any Challenges Coming Your Way?

Then you need to subscribe to Ifa's Guidance for the coming week. The reading will be done by Chief Awodele Ifayemi and delivered via Video every week. $8.97 USD will be directly debited from your account each month until you chose to cancel your subscription. Only subscribers will be granted access.